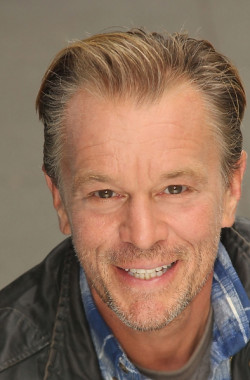 Leif Riddell is a native New Yorker and rose in an artist community. Leif Riddell’s acting career has led to major roles in stage, film, and the television industry. Leif's ability to play the edgy bad guy, sensitive sweet man, or the comedic funny guy, gives him a unique range and star quality. Leif's live comedic improv performances and stage fanatics landed him a film debut in THE HARD WAY directed by John Badham, starring Michael J. Fox and James Woods. He has since, continued to work with some of the best Film, TV, and stage directors / actors in New York and Los Angeles. (See resume) His stand out television performances, include roles on HBO's Hit Series "OZ", "BLUE BLOODS" " "Rescue Me," "Third Watch", "Law and Order", General Hospital and many others, on both coasts. From an early age, starting in the music industry, Leif has loved being on stage, or in front of the camera. Leif’s years in the movie industry(as well as being a father and mentor to others) has led him to open, “Leif’s Improv Playhouse.” In between gigs and auditions, Leif teaches children and adults Improvisation acting and the ins and outs of the business of acting. Visit Leif's Improv Playhouse www.leifsimprovplayhouse.com